He-Man and the Thundercats – Comic Review 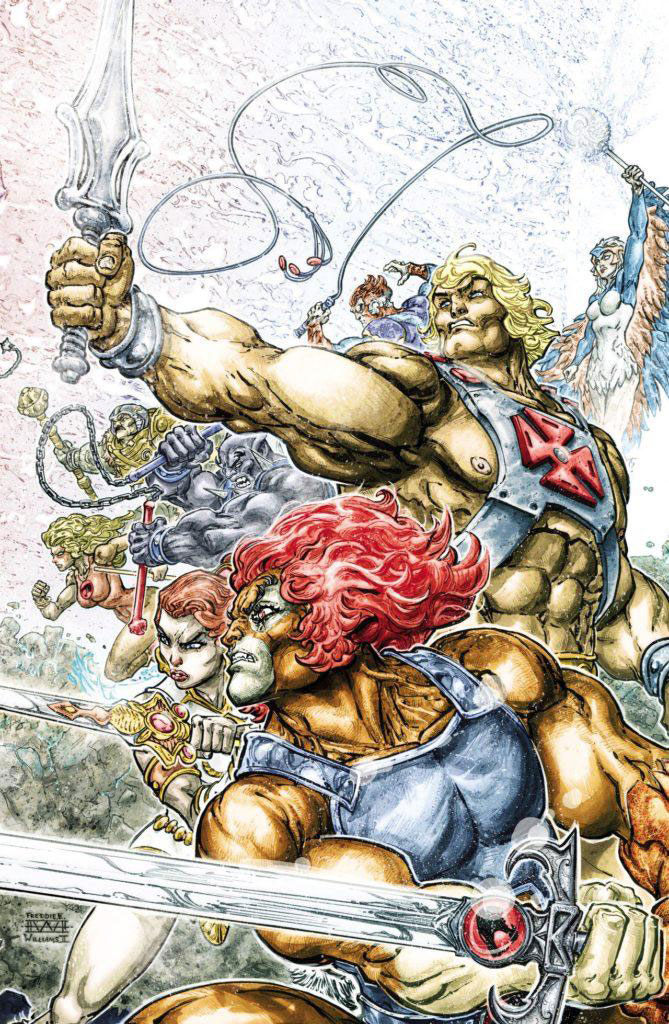 If you were a kid growing up in the 80’s, there were very few options for kids on television. In Those you either had He Man or you had GI JOE

He-Man and the Masters of the Universe was was one my favourites. Even as a girl I wanted all of it, the the toys, the castle gray skull. Pretend play was never better with these good vs evil characters.

So when my son was 4, as a new mom I was struggling with the knowledge of the amount of options available out there. But before I could sniff out what was worth watching I utubed previous He-Man episodes and my son has been a fan of He-Man eversince. In hindsight I am not too proud of my choice having been exposed to the Peppa Pig’s and Ben and Holly’s of this world which are much more appropriate than the gruesome He Man and Masters of the Universe.

But fans of He Man we now have a comic version called He-Man and the Thundercats. A fast paced-muscle wrenching comic with modern graphics by Freddie E. Williams II. Writers Rob David and Lloyd Goldfine have sort of written this book for slightly grown ups kids. The graphics are pretty bloody and gruesome for the 7-8 year age group. Probably the writers have aimed this comic also for the 30s group (like me) who grew up with He-Man.

The Thunder-Cats main baddie Mumra (in grave risk of being nicknamed this when I turn a baddie for my kids), looks really evil. He is obsessed with snatching Lion-O’s magical Sword of Omens for himself, decided he needs another magic sword to defeat the Thundercats. So who has the magical sword? He-Man does. And thats where the battke begins between He Man and the Baddies of Thundercats. Many interesting characters have been introduced like Lion O.

For fans of  He-Man you will be delighted to read the comic version. The comic is bound to set you on a nostalgia trip. For kids who are being exposed to it for the first time, after reading this comic they might just find the original He-Man too simple no comparison.

I was very excited to take this trip down memory lane and it was pleasure seeing He Man in a much more chiselers macho avatar.