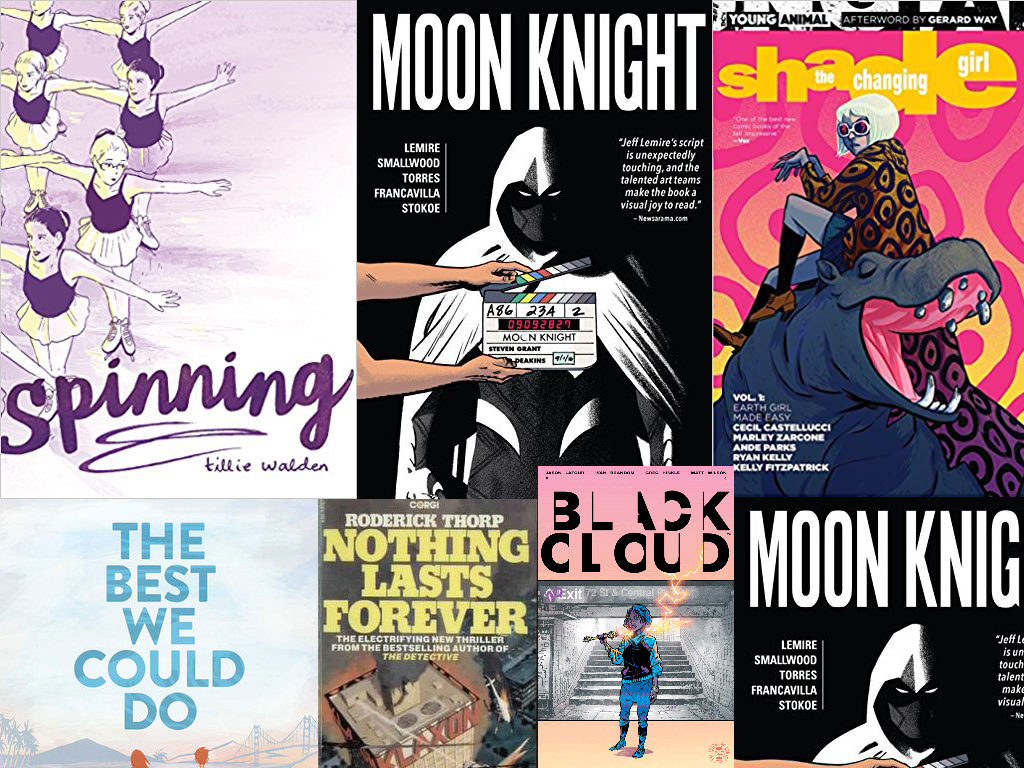 They didn’t exist 15 years ago so today’s parents won’t be aware of what a graphic novel is.

Britannica defines a graphic novel, in American and British usage as, a type of text combining words and images—essentially a comic, although the term most commonly refers to a complete story presented as a book rather than a periodical.

Graphic novels are a great way to get reluctant readers to read chapter book last or gravitate from picture books to a more mature reading style without taking the visuals.

Graphic novels are the hottest selling items in the middle grade category in the USA as per PUBLISHERS WEEKLY.

The runaway hit “Diary of a Wimpy Kid” is more visually oriented than most chapter books. It is a graphic novel.

So parents, now that you know what’s graphic novel what are you waiting for, below are some of the best selling titles. So grab a copy and let’s start reading.

1. Black cloud by Jason Latour
2. Shade the changing girl  by Cecil Castellucci
3. Moon knight reincarnations by Doug Moench
4. Spinning by Tillie Walden
5. Nothing lasts forever by Lisa grace
6. The best we can do by Thi Bui