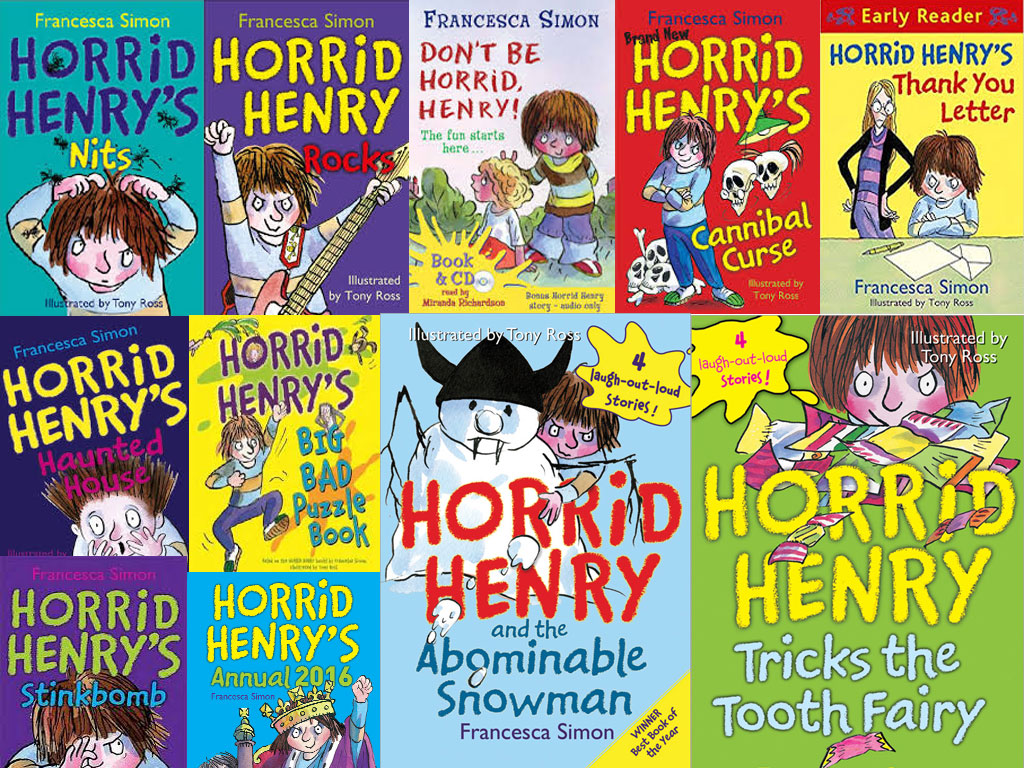 Whether we like to admit it or not no child is perfect. Every child has done some antic in the past that has embarrassed the hell out of us.

Henry is a child that no parent wants to have. He is smug, he hates vegetables, he is mean to his friends, he hates his idyllic brother Peter and he is incorrigible at best.

Yet Horrid Henry by Francesca Simon is such a delightful series. His histrionics will make you giggle and laugh till your stomach hurts.

The book has a clever use of alliterations for all the characters, to name a few

Some parents would say that Henry is not the ideal example for kids. True! But he is so relatable. The situations around him compel his behaviour and some of these are downright hilarious.

The font is big so perfect for the beginner to read it has less than 3 or 4 paragraphs per page and the illustrations are adorable and laugh out loud funny.

It’s a great book for kids aged 6 upwards to read on their own. Even your four year old will get it if you read aloud to him.

There are more than 40 titles in this series. The series has become so popular there is a TV series on prime video by the same name but I would recommend reading the books any day.

My favourite would be Horrid Henry and he Abominable Snowman. Horrid Henry finally gets the raw end of the deal in this one.

So how many have you read and which one is your favourite.? Write to us as a reply or comment and tells us which book you liked the best in the series.