The Librarian of Auschwitz – A Book Review 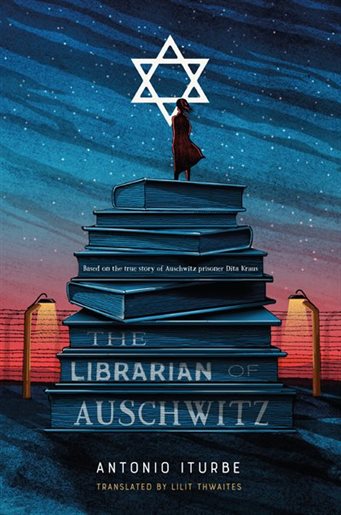 “If human beings aren’t deeply moved by beauty, if they don’t close their eyes and activate their imagination, if they aren’t capable of asking questions and discerning the limits of their ignorance, then they are men or women, but they are not complete persons : nothing significant distinguishes them from being a salmon or a zebra or a musk ox” – Antonio Iturbe

The Librarian of Auschwitz is the true story of Dita Kraus, a Holocaust survivor. There are many Holocaust books out there and this one could just be an addition to the list, yet it’s a story that should be told.

Holocaust is the mass extermination, execution of 6 million Jews by the Nazi regime and its collaborators. It also heralded the World War II. There were 6 concentration camps where Jews were killed and imprisoned till they were liberated by the Allies. Aushwitz-Birkenau in Poland was the largest concentration camp with more than 400,000 prisoners at different points of time.

Dita was the librarian of a secret library in Auschwitz-Birkenau Block 31 where she kept 8 books hidden inside the camp floor. Why are books important in times when bread is more the need for survival?

“Cause books don’t cure illnesses, they can’t be used as weapons to kill an army of executioners, they don’t fill your stomach or quench your thirst”, writes Antonio Iturbe.

Yet, books are what keeps them alive not in a physical sense but alive as in spirited. It gives them hope, courage for a better future. For Dita, books transport her to a world where she can momentarily forget her dark existence and live someone else’s life. For Dita it is an escape from the treacheries and atrocities of the camp. That is why she risks her life for up keeping the books.

The book has been translated by Lilit Thwaites, which is not seamless at places.

The book could have been trimmed down, especially after Fredy Hirsch saga, it definitely seemed to drag on.

The struggle, the apathy and the sheer ruthlessnesses of the SS all comes through vividly.

If you have read many Holocaust books you will love this one, do not miss the Epilogue, that is what gives this book a reason for being.