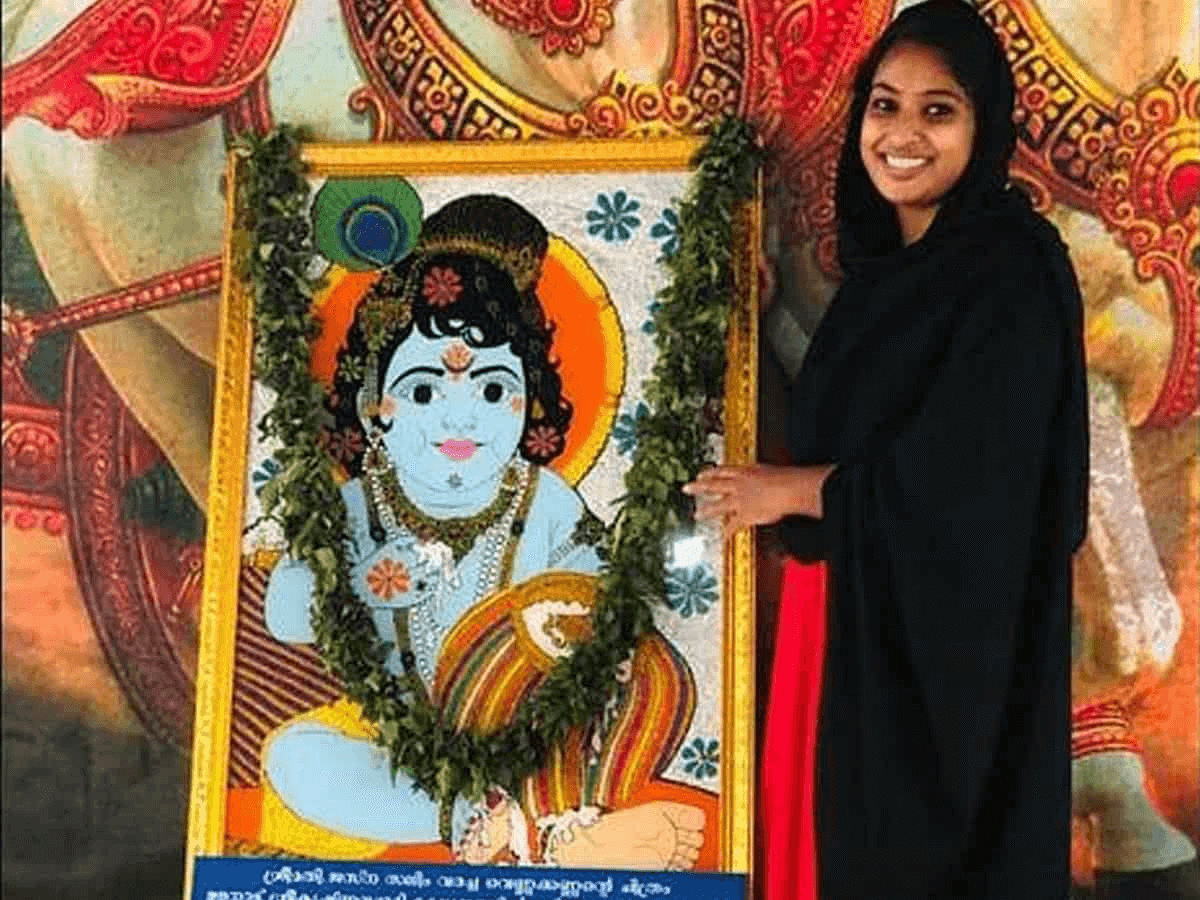 Jasna Salim, a Muslim woman from Kozhikode has gained nationwide attention for her Lord Krishna paintings a few years ago. A non-trained artist, Jasna has never painted anything other than the Lord Krishna portraits.

She has painted over 500 pictures of Lord Krishna in the past 6 years and has gifted them to her Hindu friends but never got a chance to present her paintings inside a temple. Interestingly, all her paintings, whether done on canvas or glass, are of only one theme – infant Krishna with his butter pot. The news of her paintings spread fast in the area with people approaching her with the orders. Many others also claimed that their wishes have got fulfilled after placing it at home.

The 28-year-old, Jasna’s dream came true when a group of devotees from Ulanadu Sree Krishna Swamy temple approached her after one of her paintings went viral on the social media.

“It was a big dream of mine to see Lord Krishna’s idol and to present my painting before the deity. I’m delighted to have been able to fulfill that wish at the Ulanadu Sree Krishna Swamy temple in Pandalam. I have no words to express my happiness, and gratitude to the temple authorities,” Jasna said.

She paints at least five to six pictures a month and charges up to Rs 5,000 as per its size. The young artist dreams to gift her Lord Krishna painting to Prime Minister Narendra Modi one day.