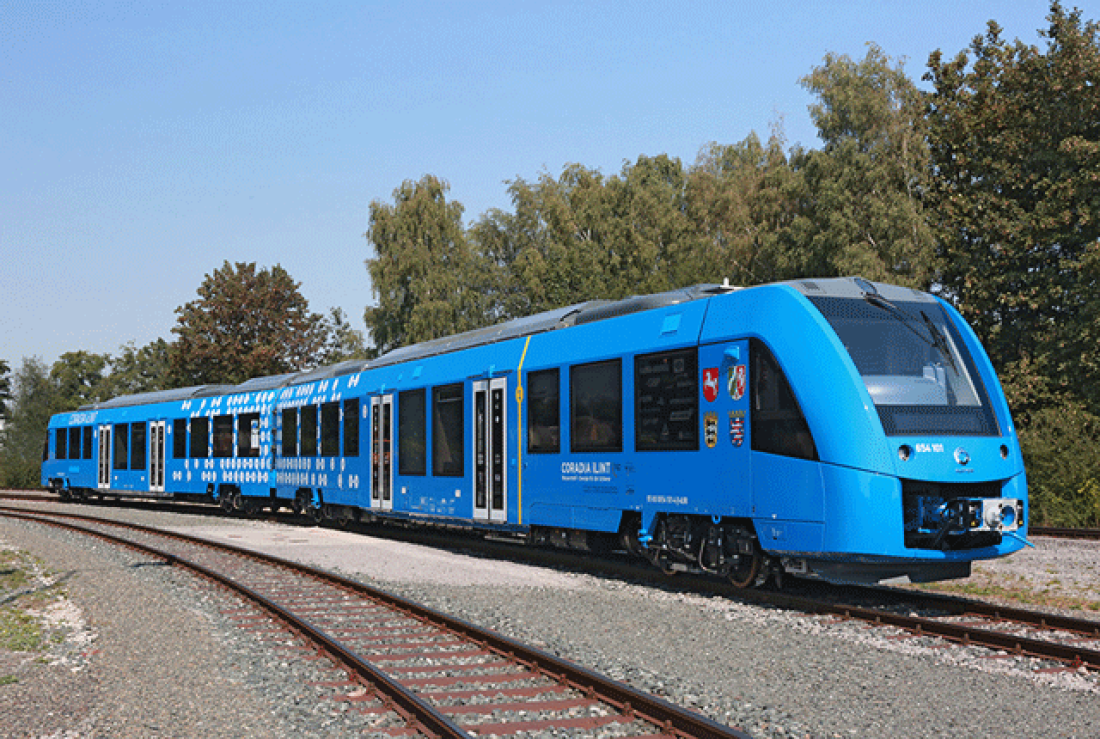 Emission of carbon dioxide and carbon monoxide from cars, buses and trains apart from industrial activities has been largely responsible for global warming and depletion of the protective ozone layer of our Mother Earth. Scientists have since long been trying to invent more and more modes of transport which will lead to lower pollution levels.

For the first time, on Sunday, 16th September, two pollution free trains ran a 100 km route between the 2 towns and cities of northern Germany – a stretch normally plied by diesel trains. Called Coradia iLint trains, these trains run on hydrogen and have been manufactured by a French company called Alstom. They can run on a speed of up to 140 kmph (kilometres per hour) and can run about 1000 kilometres on a single tank of hydrogen.

Hydrogen trains are equipped with fuel cells that produce electricity through a combination of hydrogen and oxygen, a process that leaves steam and water as the only emissions.The excess energy is stored in lithium-ion batteries on-board the train. Other countries are also looking into hydrogen trains, Alstom said, including Britain, the Netherlands, Denmark, Norway, Italy and Canada.

Buying hydrogen trains is expensive when compared to diesel run trains, but cheaper in the long run as the batteries are re-chargeable. We also have to see the cost to planet earth, which is much lower on these eco-friendly trains. We need to protect the planet for future generations and its high time we start.