Age no barrier: 104-year-old Indian woman scores 89% in the exam 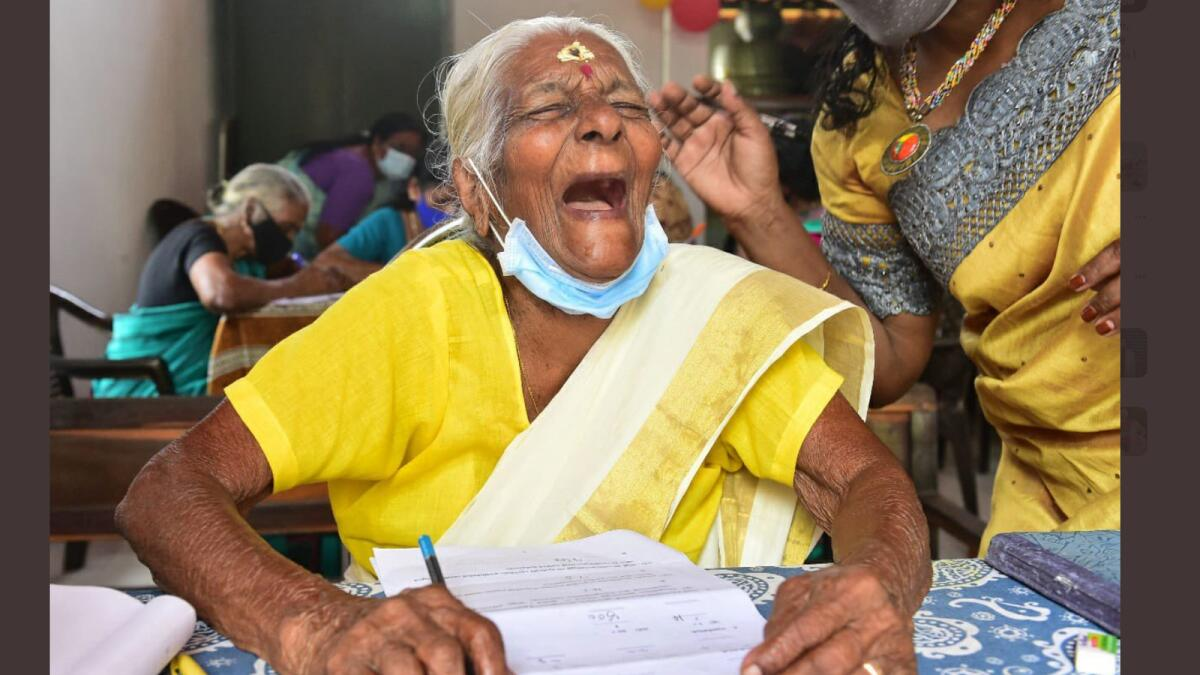 Kuttiyamma, a 104-year-old woman from Kerala’s Kottayam, scored 89 out of 100 marks in an examination conducted as a part of ‘Mikavulsavam’, a project of the Kerala State Literacy mission to test preliminary knowledge of students. The literacy exam included  Mathematics, Malayalam, and General Knowledge as subjects. The qualified ones are eligible to appear for the fourth-grade equivalent Literacy examination.

State Education Minister V Sivankutty congratulated and praised Kuttiyamma on the achievement. “Age is no barrier to enter the world of knowledge,” he said. Also, after the declaration of results on Nov 10, 2021, the members of the Ayarkunnam panchayat council visited Kuttiyamma’s residence and appreciated her.

Kuttiyamma’s family said that she has already started preparing for the class 4 equivalent examination. Saksharata prerak Rehna, who trained Kuttiyamma for the exam, told the press, “She was very interested in learning. She used to read the newspaper a bit. Her family members told me that she was able to put letters together and read. But she didn’t know how to write. So, I taught her to write her name and address. She picked up very fast.”

“Kuttiyamma maintains good health and eats only breakfast and dinner, that to, in small quantities. She doesn’t sleep during the day and always keep herself engaged, “ Kuttiyamma’s grand daughter-in-law said.

Interestingly Kottayam known as the city of letters was declared the first 100 percent literate city in the country in 1989.