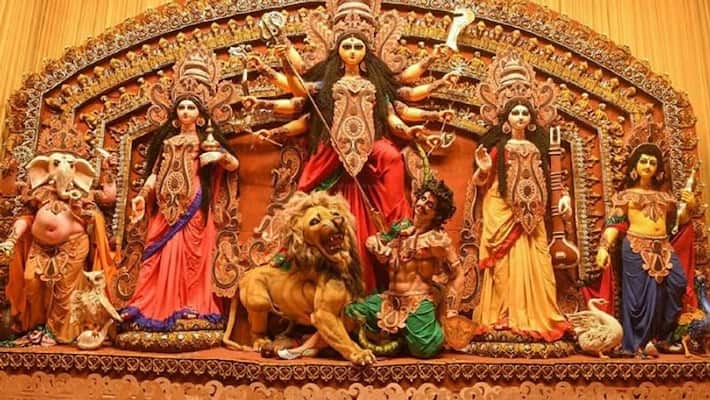 United Nations Educational, Scientific and Cultural Organization (UNESCO) on Wednesday, December 15, 2021, put the Durga Puja festival on its ‘Intangible Heritage list’. As per Hindu scriptures, the festival marks the victory of Goddess Durga over the demon king Mahishasura.

“Durga Puja is seen as the best instance of the public performance of religion and art, and as a thriving ground for collaborative artists and designers. The festival is characterized by large-scale installations and pavilions in urban areas, as well as by traditional Bengali drumming and veneration of the goddess. During the event, the divides of class, religion, and ethnicities collapse as crowds of spectators walk around to admire the installations,” the inscription on the UNESCO website reads.

“A matter of great pride and joy for every Indian! Durga Puja highlights the best of our traditions and ethos. And, Kolkata’s Durga Puja is an experience everyone must have,” Prime Minister Narendra Modi said in a tweet.

The decision was taken at the sixteenth session of the Intergovernmental Committee for the Safeguarding of the Intangible Cultural Heritage, which was held from December 13, 2021, to December 18, 2021.

With the inclusion of Durga Puja, the number of elements in the list of Intangible Cultural Heritage from India has increased to 14. The latest inclusion in the list prior to the Durga Puja are the Kumbh Mela and Yoga in 2017 and 2016 respectively.