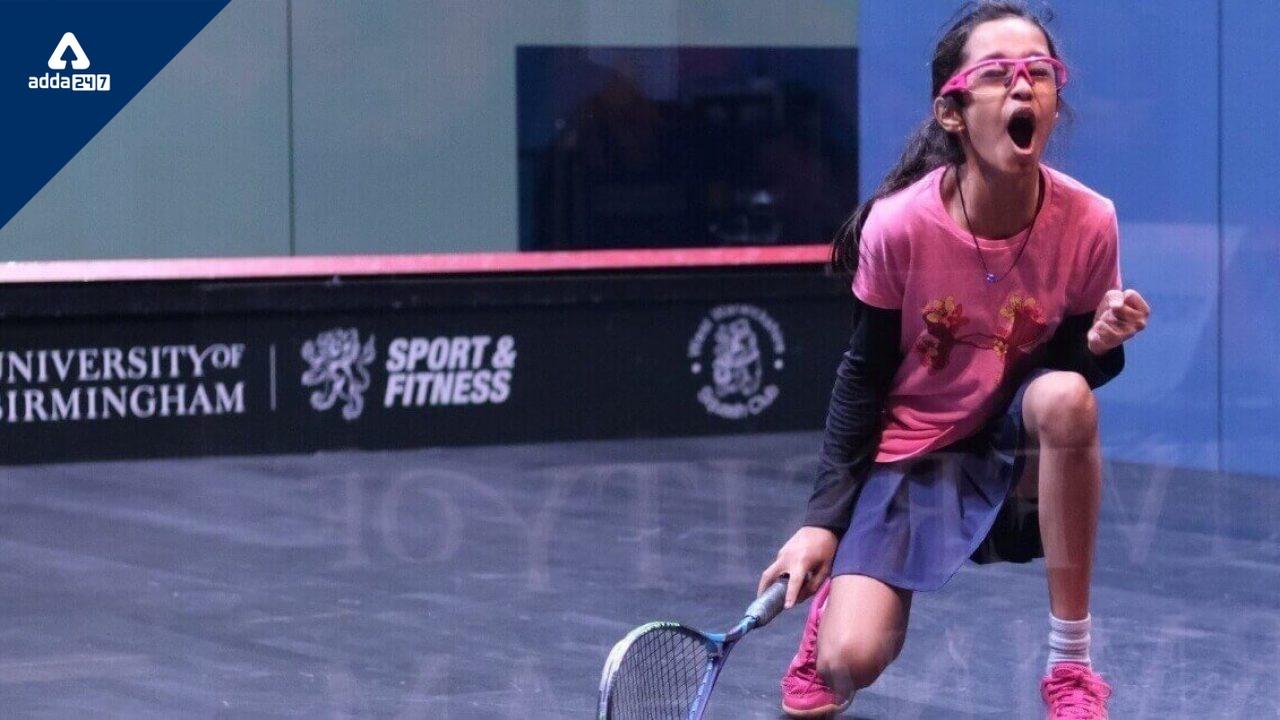 14-year-old squash player, Anahat Singh, is the youngest Indian to be participating in the 2022 Commonwealth Games. Anahat is the first sportswoman to win the British Junior Squash Open in 2019 and US Junior Squash Open in 2021. The top-ranked player in the U-15 category in India and Asia has also qualified for the World Juniors Squash Championships 2022 in Nancy, France, making her the youngest Indian to feature in the tournament.

Anahat was selected for the Indian team following her impressive run in the national selection trials. Speaking about her selection ahead of the start of the Birmingham Games, Anahat said, “I was worried about being in the camp with such experienced players at first, but they were really sweet and helpful, they helped me fit right in.”

The Squash Rackets Federation of India (SRFI) general secretary Cyrus Poncha urged that they are not expecting a medal rather, they see Anahat as a bright future in international sports. However, there is still a possibility of Anahat winning a medal as her earlier performances are commendable. Apart from this, Anahat will also be completing in the women’s doubles with Sunayna in Birmingham. She will have to leave for France after the Commonwealth Games 2022 to take part in the World Junior Championship which will be held on 9th August 2022.

Apart from playing squash, the talented teenager also has a keen interest in painting and playing the piano.