George Floyd Protests in the U.S. 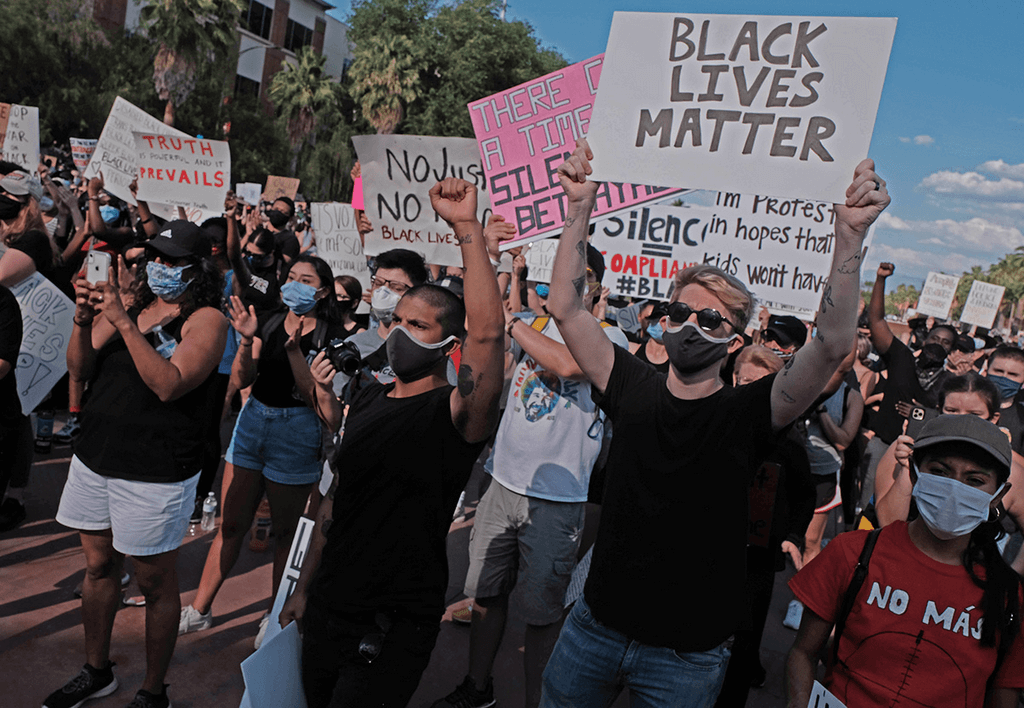 His death was followed by a quick spread of protests, involving posters with the words “No justice! No peace!”, “I can’t breathe” and “Black Lives Matter”. The cause of protests being, killing of Floyd by the Minneapolis police, beliefs about inequality and racism, police brutality and lack of effective police action.

Majority of the peaceful protests were followed by riots, substantial looting, street encounters and police violent conduct. There have been reports on aggressive police actions using physical force through batons, pepper spray, tear gas and rubber bullets on the protesters even without any warning. The protests were also associated with the removal and destruction of monuments and statues throughout the country and globally.

As of June 22,2020, at least 24 people have died during the protests with 21 due to gunshot wounds. All the four police officers involved in the Floyd’s death were arrested along with the National Guard personnel activation to control the mass unrest.

As the unrest is occurring at the COVID-19 pandemic spread, with the health experts warning the acceleration of the virus and its rebound. Massachusetts, a state in the U.S, opened around 52 locations for the protesters to get free COVID-19 tested with more numbers found positive as compared to the general population.

Importantly, the economic impact of protests has ruined the coronavirus recession by reduction in consumer confidence, strained local businesses and leading to large-scale public property damage.