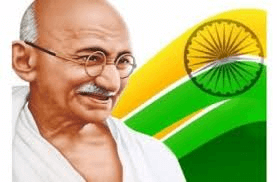 Gandhi Jayanti is celebrated on October 2 every year to mark the birth anniversary of Mahatma Gandhi. It is observed in states and territories across the country and is one of the officially declared holidays.

Mahatma Gandhi was the leader of the freedom struggle of India and a strong advocate of the principles of Satya (Truth) and Ahimsa (Non-violence).

The President and Prime Minister of India usually pay homage at Raj Ghat, the Samadhi of Mahatma Gandhi in New Delhi on the day.  To mark the occasion, the Gujarat Government has organized a program in which around 5 lakh women will wash their hands to spread the message of cleanliness and importance of frequently washing hands in the present times amidst the pandemic.

Also, The National Institute of Naturopathy (NIN), Pune, in association with the Regional Outreach Bureau of Maharashtra and Goa, is organizing a 48-day-long series of webinars starting on Gandhi Jayanti (October 2) and ending on the Naturopathy Day (November 18). The webinars are based on the Gandhi’s thoughts on health and nutrition.

Here are some inspiring quotes on his 151st birth anniversary: