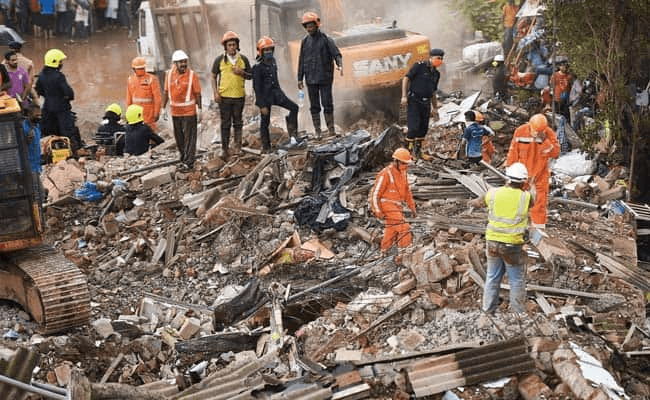 At  least 16 people died after a building collapsed in a residential area of  Mahad in Raigad district of Maharashtra on Monday. There are still 19 people missing with 78 people rescued till now. Earlier in the day, a four-year-old child was also rescued from the debris after the accident.

Three teams of the National Disaster Response Force (NDRF) were deployed at the site of the accident on late Monday. Also local police  and fire brigade joined the NDRF in the rescue operations. A green corridor was also created from Pune to Raigad to create  a swift passage for the NDRF teams.

President and the Prime minister have expressed grief over the incident and prayed for the recovery of the injured.