Should Parents Restrict What Their Kids Read? This Book Expert Says No 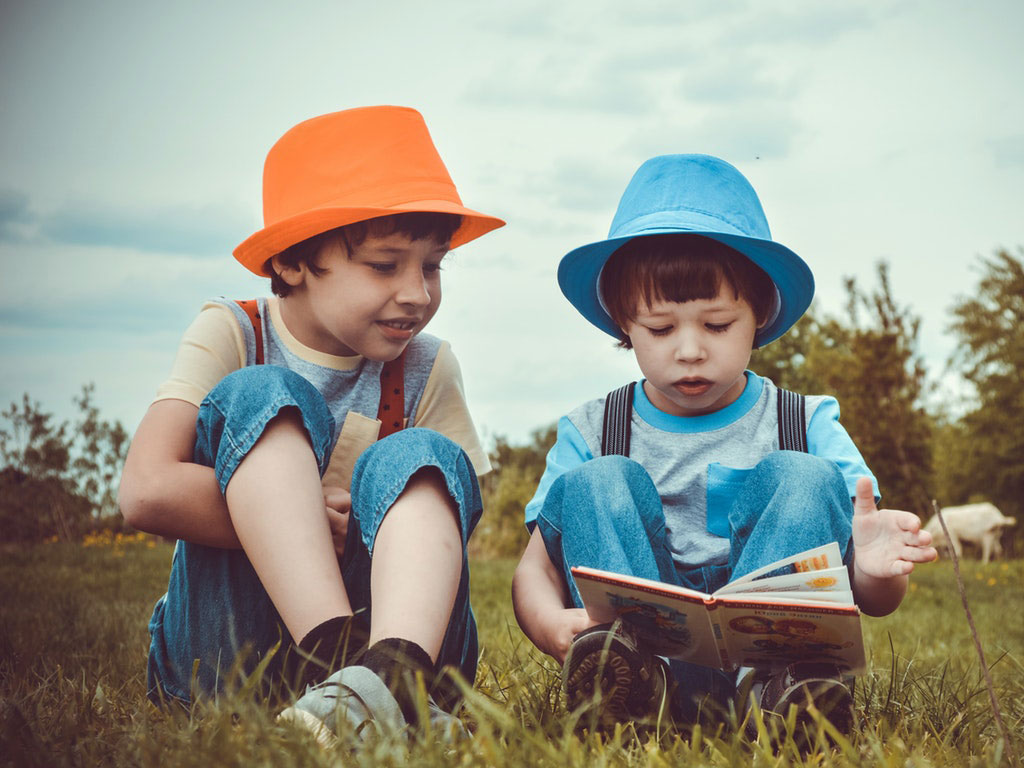 It may be a shock, but I was a voracious reader as a kid. Nothing gave me more pleasure in my downtime than snuggling up in bed with a pantry’s worth of snacks and a good book (still true and still hoping to resume the habit some day). But the sad truth is that like many literary-minded kids, I outpaced the more age-appropriate offerings of my keepers. By middle school, I was plundering my mom’s reading material and, except for a few extra racy pubs, she allowed me almost unlimited access. But should parents restrict what their kids read? Now that I’m having the same situation with our third grader, who wore me down into letting her read Harry Potter And The Deathly Hallows, it’s really tempting to withhold from her the same privilege I had to keep a tight-rein on what she reads, but is it reasonable? How long before I’m snatching my copy of Lolita out of her hands?

James LaRue, director for the American Library Association’s Office of Intellectual Freedom, recalls in an interview with Romper when he read his then 4-year-old daughter the original Grimm’s Fairy Tale’s Cinderella. “At the end, crows come out of the sky and eat the eyes of the the stepsisters and the evil stepmother has to step into iron boots and dance until she dies,” he says. “When I got all the way to end, I asked her ‘What do you think?’ and she put her hand on my forearm and said, ‘Read it again!”

As parents, he says, we want to protect our children from all the scary stuff in the world but the classics endure for a reason. “They have power,” he continues. “I’ve got two kids now and my whole thing was read anything and everything you want and talk to me about what you don’t understand.”

This week just happens to be American Library Association’s Banned Book Week, which runs until Saturday, Sept. 29, and book-minded people are putting a lot of thought into what school-age kids should be allowed to read. The week itself brings together librarians, publishers, journalists, teachers, and readers to support and promote the freedom to seek and and express ideas, regardless of how unorthodox or unpopular they may be. Banned Books Week started in the 1980s among a widespread fervor for blocking certain publications from schools and libraries, and a Supreme Court case (Island Trees School District vs. Pico) that ruled educational administrators can’t ban books from school libraries on the basis of their content. Now, libraries and literacy advocates across the country celebrate the week with staged read-outs of selections from banned or challenged books and events to advocate freedom of expression.

Common Sense Media, a non-profit dedicated to helping parents make smart media decisions for their kids, promotes allowing kids to read banned or challenged books at an appropriate developmental stage. “At Common Sense Media,” the website states, “we think reading banned books offers families a chance to celebrate reading and promote open access to ideas, both of which are keys to raising a lifelong reader.” Some of the reasons the organization posits for the value of controversial books are that kids can contemplate prickly moral themes and dilemmas from the safety of their couch, swear words don’t define the quality of the material, and disturbing elements can spark a family conversation.

Some books, LaRue says, you may have loved as a child but haven’t aged well. In those instances, for books like Mark Twain’s Huckleberry Finn, he advises parents to address racist language in a few ways. “You may at that point say you want to find something that’s more modern sensibility, or adjust reading on the spot,” he says. “You can come back to the word and explain it’s not appropriate and I’m going to use a different word going forward.”

Most books have value beyond their plot and yes, your middle schooler could learn a ton about anthropology from Jean M. Auel’s Clan of the Cave Bear, but do you really want them to get their ideas about sex from a bunch of Neanderthals before they’ve mastered the facts of life of their own species? In the case of children reaching for material that’s a bit more mature than they are, LaRue says it’s unlikely to harm them in any meaningful way. “I remember trying to read in fifth grade The Spy Who Came In From The Cold and I didn’t get very much from it, but I learned a bunch of new words that stretched my vocabulary,” he says. “You understand what you’re old enough to understand and the rest goes over your head. The world can be dangerous, but reading about it really isn’t.”

According to Brightly, a parent’s reading resource owned by Random House, there are a few things you can do to suss out whether your child will benefit from a book outside your comfort level. First, is to read reviews from online resources like Common Sense Media, Amazon, and GoodReads to get an idea of the book’s themes. You’ll find illuminating little gems in the comments to help you figure out whether your kid can handle a particular book. For example, in a GoodRead’s review of Colleen McCullough’s The Thorn Birds, user Xenia0201 writes, “I think I read this for the first time in 4th grade. I hid it in my room for a month b/c this is sooo not a book for a 10 year old!!”

The website also suggests that reading a questionable book beforehand or reading it together is another great way to figure out whether it’s simply a reach or way out of bounds. In a lot of instances, LaRue says, when parents start participating in their children’s reading habits they find kids have matured past their preferred material. “We just hate seeing our kids grow up, but books are a pretty good way to do that,” he says. It’s a safe way to coach your kids to adulthood.”