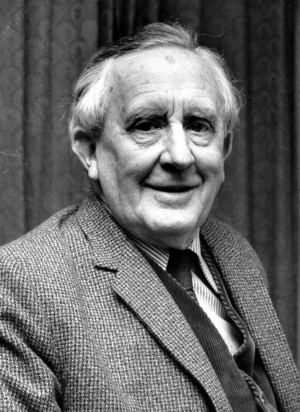 In his 94th year, Christopher Tolkien presents readers with what he states will be the final volume of his father’s unpublished works; and, appropriately, it is based on the earliest tale Tolkien wrote concerning Middle-earth in the Elder Days, “The Fall of Gondolin.” Written in 1916 (or possibly 1917), Tolkien later referred to it in a letter to W.H. Auden as “the first real story of this imaginary world.”

And a powerful story it is.

The first part of the volume, “The Original Tale,” covers just over 70 pages. It tells the story of the Tuor, cousin of Túrin and father of Eärendil, and his search for Gondolin, the hidden city of the Elves; his marriage to Idril, daughter of Gondolin’s king; and the savage destruction of the city by the forces of Melko (Melkor, who becomes Morgoth in the later histories).

The tale is told in a highly stylized, archaic tone that at times seems almost to merge into a conscious re-creation of Anglo-Saxon alliterative poetry. Speaking of the folk of Gondolin, Tolkien wrote: “ … small were they and slender and very lithe. They were swift of foot and surpassing fair; sweet and sad were their mouths, and their eyes had ever a joy within quivering to tears … .” The language is less accessible than readers familiar primarily with “The Hobbit” or “The Lord of the Rings” might expect, but it lends a sense of distance and epic grandeur to an moving tale of quest, discovery and ultimate betrayal and devastation.

The following 90 pages demonstrate chronologically how and where Tolkien expanded and compressed the story over the next 35 years. These accounts draw from scattered notes and fragmentary sketches, culminating with the final entry “The Last Version,” composed in 1951 and left unfinished. These are followed by Christopher Tolkien’s commentary and his concluding thoughts. And completing the volume: additional notes, a glossary, an index to names (particularly useful given Tolkien’s penchant for altering names over the years and giving characters multiple names), and a fold-out map identifying key locations in Middle-earth.

“The Fall of Gondolin” is fascinating, both as a glance into the backgrounds that make Middle-earth such a vibrant landscape and for its insights into Tolkien’s earliest interests. The remainder of the volume presents a textbook view of the unfolding imagination that would culminate in the complexity of “The Lord of the Rings” and “The Silmarillion.”