Fresh Snowfall in higher reaches of Jammu and Kashmir 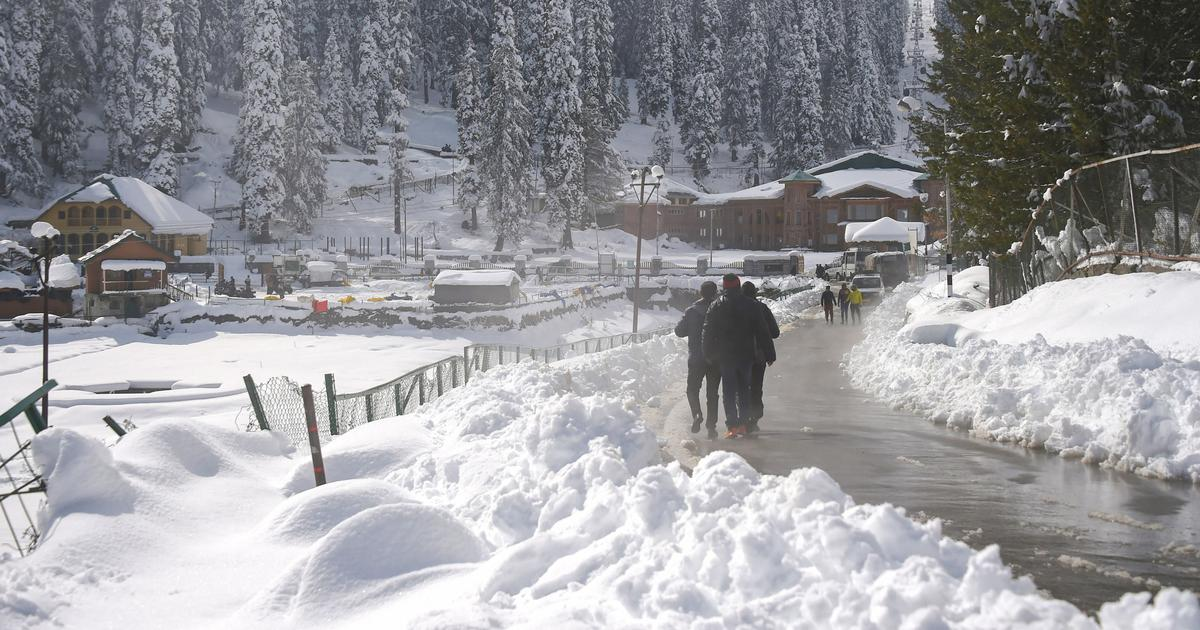 The higher reaches of Jammu and Kashmir, and Ladakh received fresh snowfall on Saturday, November 14, 2020 leading to the closure of the Srinagar- Leh road for traffic, while the plains were lashes by rains.

Many areas in the higher reaches of the region including the famous ski-resort of Gulmarg, north Kashmir’s Baramulla district of Sonamarg in central Kashmir’s Ganderbal district received snowfall, which was going on when last reports came in, the officials said.

A traffic official said, “Due to the fresh snowfall at the Mani Marg, Drass and Zozila, the authorities suspended the traffic movement on the highway as a precautionary measure.”

He added that more than 2 feet of snow has accumulated at Sonamarg, Zozila and Minamarg that resulted in the drop of temperature of about minus 2 degrees Celsius. He informed that no vehicle is stranded on either side of the highway and that the efforts are on to restore the traffic movement at the earliest. However, the Srinagar-Jammu and Mughal road has been cleared now for the vehicular traffic.

Cold conditions prevailed in Himachal Pradesh two days after the state witnessed its first snowfall of the season on November 16. The Lahaul and Spiti’s administrative center Keylong was the coldest place recording a low of minus 7.6 degrees Celsius in the state.

The Indian Meteorological Department (IMD) predicted dry weather till November 19 and has issued a medium avalanche and landslide warning on all the national highways connecting the Kashmir valley to the rest of the country.