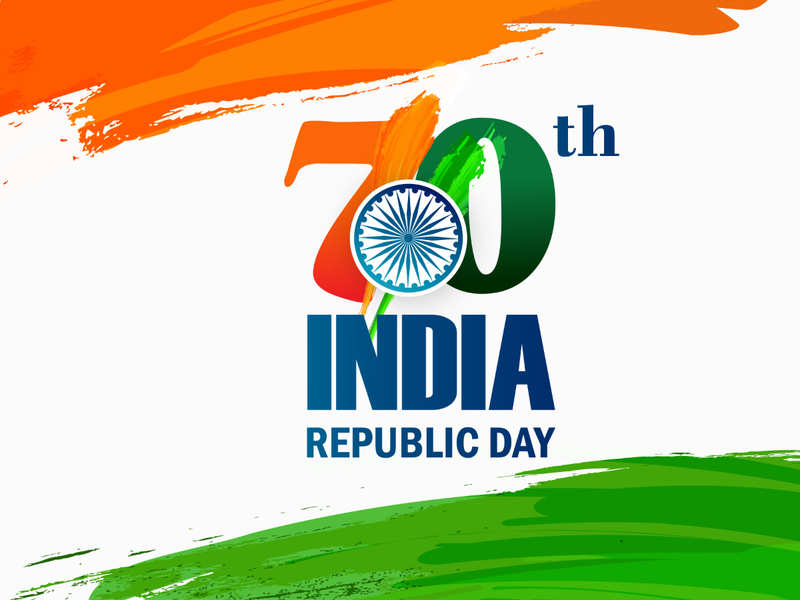 India’s 70th Republic Day celebrations took place amidst tight security in the national capital, with the traditional grand military parade on Rajpath. Prime Minister Narendra Modi laid a wreath at the Amar Jawan Jyoti memorial at India Gate and along with the three chiefs of the armed forces paid homage to soldiers who lost their lives in combat.

President Ram Nath Kovind, the first lady and the South African President Cyril Ramaphosa who was the chief guest this year, arrived in a cavalcade escorted by 46 President’s Bodyguards. The open buggy traditionally used to escort the chief guest was done away this year owing to security concerns.

Fifty-eight tribal guests from various parts of the country, 22 tableaux of states and central government departments and performance by school children were part of the 90-minute Republic Day parade .

For the first time in the history of the paramilitary, an all-women contingent from the Assam Rifles participated in the parade. Woman power was on a remarkable display at the Republic Day celebrations this year with contingents of the Navy, Army Services Corps and unit of Corps of Signals led by women
officers. Lieutenant Bhavana Kasturi created history to become the first woman to lead an all-men contingency at the parade.

Shortly after the event, PM Modi went to the stands to greet the crowd. The prime minister spent nearly 10 minutes as he went to either sides of the stand and waved to the crowd.

Some salient features of this Republic Day were:
1.  It was a dazzling display of “Nari Shakti”, led by the Assam Rifles contingent, besides a lone woman officer exhibiting bike stunts on Rajpath as part of the iconic daredevil team.
2. The Jallianwala Bagh massacre, that took place on 1919, exactly 100 years back, was the official theme of Punjab for the Republic Day Parade.
3. Four veterans of the Indian National Army (INA), aged over 90 years, also took part in the Republic Day parade for the first time. These veterans are aged between 90- 100 years. “INA soldiers had links with the British Indian Army, so they also have links with our legacy,” Major General Rajpal Punia said.
4. At the parade to celebrate the 70th Republic Day, the artillery gun system M777 American Ultra Light Howitzers were displayed. Also on display was the Main Battle Tank (MBT) T-90. The made-in-India Akash Weapon System was also be on display.