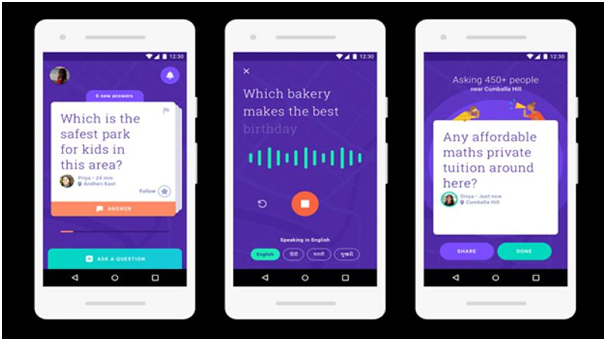 Ever had questions about where you could a buy a stationery item in and around your area? But you didn’t know who to ask? Well now the technology giant Google has a platform for you – its app called NEIGHBOURLY. Google launched this app in Mumbai and Jaipur in May 2018, and after its successful run there it is ready to launch the beta version in five more Indian cities. People in Ahmedabad, Coimbatore, Mysore, Vishakhapatnam and Kota will now be able to ask and answer queries about their nearby areas.

India is one of the fast growing markets for technology companies like Google who has already launched several initiatives in the country, including Tez mobile payments app, Google Areo, Google Station, and YouTube Go.The neighbourly app is a part of Google’s Next Billion Users initiative.

People can ask questions on a wide array of topics, such as local shopping, fitness inquiries, food recommendations, or tuition centres. When a user asks a question, it’s routed to relevant neighbourhood experts who can answer. Using Google’s voice recognition, one can speak the question or answer into the app. It works in English and eight other Indian languages.The app also has safety features, meaning you can browse, ask, and answer questions without sharing personal information.And every member that joins Neighbourly makes the “Neighbourly Promise” to be civil and help improve the neighbourhood.

Now isn’t that a very smart way to “Love Thy Neighbourhood”.