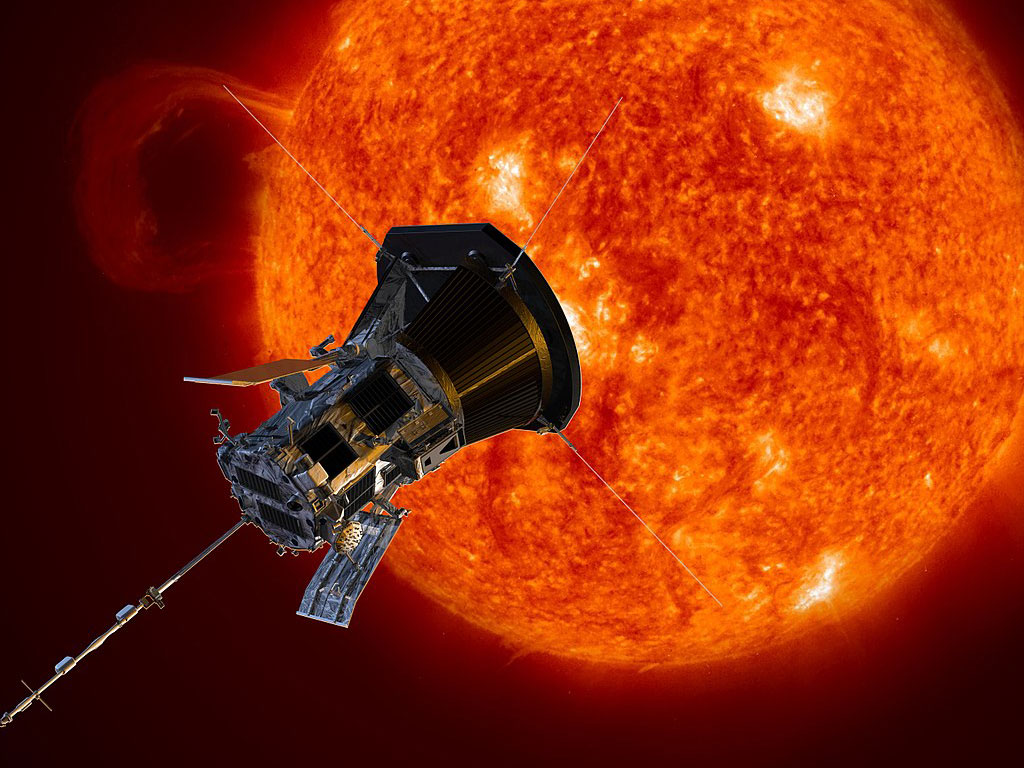 All work and no play makes Jack a dull boy! The NASA astronauts are no Jack and are known to have fun on the job. The US Tennis Association and NASA (National Aeronautics and Space Administration) teamed up on August 21 to have a tennis match at the International Space Station. Imagine playing tennis with no gravity at all! you can watch the video here.

On a more serious note, NASA is launching the Parker Solar Probe on 12th August 2018 from Cape Canaveral, Florida, we are all set to know more and more about the star closest to us, and the one which is the centre of our galaxy – the Sun. The Parker Solar Probe is a NASA robotic spacecraft en route to examine the outer corona of the Sun. This is the first ever mission of its kind. It will go up to within 6.2 million kms from the photosphere of the sun. The photosphere is the visible surface of the sun. The sun is a ball of hot gases so it is not actually a surface but a thick layer of about 100 kms.

While the project was actually announced in 2009, it was launched only now at a total cost of USD 1.5 billion. The Applied Physics Laboratory at the John Hopkins University has designed and manufactured it. It is the first NASA aircraft which has been named after a living person, Eugene Parker, who has made tremendous contributions to solar physics.

The goals of the project are to trace the flow of energy that heats the corona of the sun and accelerates the solar wind, the magnetic fields present there and to study the mechanisms that cause it. The spacecraft has an exterior solar shield to protect itself from the extreme heat and radiation.

The mission will make some of the closest observations ever made on the Sun and will get exposed to extreme heat conditions and radiations.