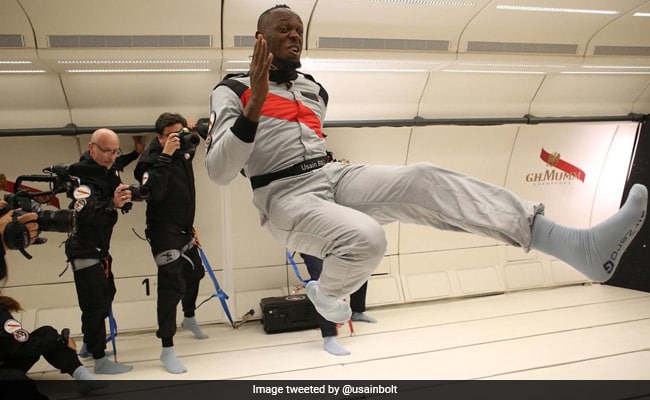 Eight-time Olympic Gold medallist and the fastest human on earth, Ussain Bolt has had the opportunity of being first many times.

This time too he became the first human to have a race in space and win it too. The Jamaican participated in a race in a zero-gravity flight above France, against two other competitors. He was aboard an Airbus A310 plane, as part of their promotional event.

The sprinter shared this race video on social media, and within 15 hours, the video had collected 1.5 million views and hundreds of responses. Bolt said that he felt like a “kid in a candy store” after floating around for about four minutes in near-weightless conditions. He was running in his socks and slipped a few times. Watch the video here